In 1875, a two-room red brick schoolhouse was built on Pleasant Ridge Avenue near Main Street for the benefit of the farm children in the area, and just one year later Capital University moved from Columbus to its present campus site.  Urbanization had begun.

In 1864, the first brick school house was built at what is now College and Livingston 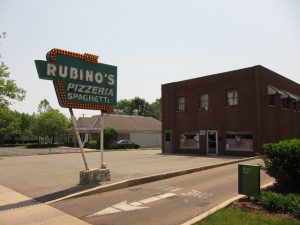 As early as 1 AD, human life is know to have existed along Alum Creek, as evidenced by a prehistoric Adena Indian Mound found here. Historic indigenous peoples lived and hunted in the area between 1650 and 1795 when the Treaty of Greenville forced them to the north.