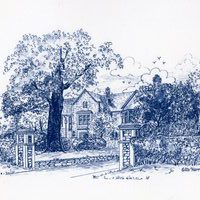 In the late 1880’s, development took a turn which would have a profound effect on the eventual character of Bexley.  Several wealthy Columbus businessmen, recognizing the area’s quiet beauty, began building large homes in estate settings along the east bank of Alum Creek north of Broad Street. 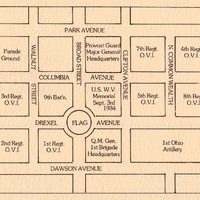 This new growth slowed as the region played out a brief chapter in military history.  As the site of Camp Bushnell, a section of current Bexley near Drexel and Broad, was a city of tents for mustering in Spanish American War Ohio volunteers.  The camp was before the end of May 1898, leaving sewers and a water line from Columbus as a legacy to the future Bexley. 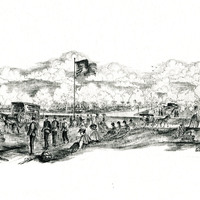